Place-based Art Drives Social Change: Why We Invested in TILA Studios and SmokeSygnals

The tā moko – the traditional face carvings of the indigenous Maori people of New Zealand I descend from – is physical art depicting our genealogy, tribes, and social standing. When English settlers began to colonize New Zealand in the 1840s, Maori culture, along with the moko, was dismantled until the 1980s when new movement leaders pushed for its revival. Now, the moko continues to stand as a physical manifestation of identity, helping people like Nanaia Mahuta, the first member of parliament in the world to wear a moko, depict a story of the past and a vision for the future. That’s just one way art can be a precursor to justice. At NMV, our Open Call surfaced a variety of others and helped illustrate the strong connection between art’s relationship to place and its effectiveness in catalyzing social change.

For one example, look no further than TILA Studios’ recent work in Georgia. TILA – an organization working to increase representation in museum and gallery spaces for black women artists – partnered with a coalition including SURJ Atlanta, the New Georgia Project, Fair Fight, Black Voters Matter, Working Families Party, Common Cause, Progress Georgia, and All Voting is Local to demand that all 159 local election officials throughout the state operate with integrity and commit to a Fair, Free, and Just election process. They created a public mural that called for election officials to Count Every Vote, serving as both an accountability wall for officials and a commitment wall to the people of Georgia. They also hired black women artists to create artwork in low-income and underserved areas, where voter turnout has been historically low, ahead of the Senate runoff election. 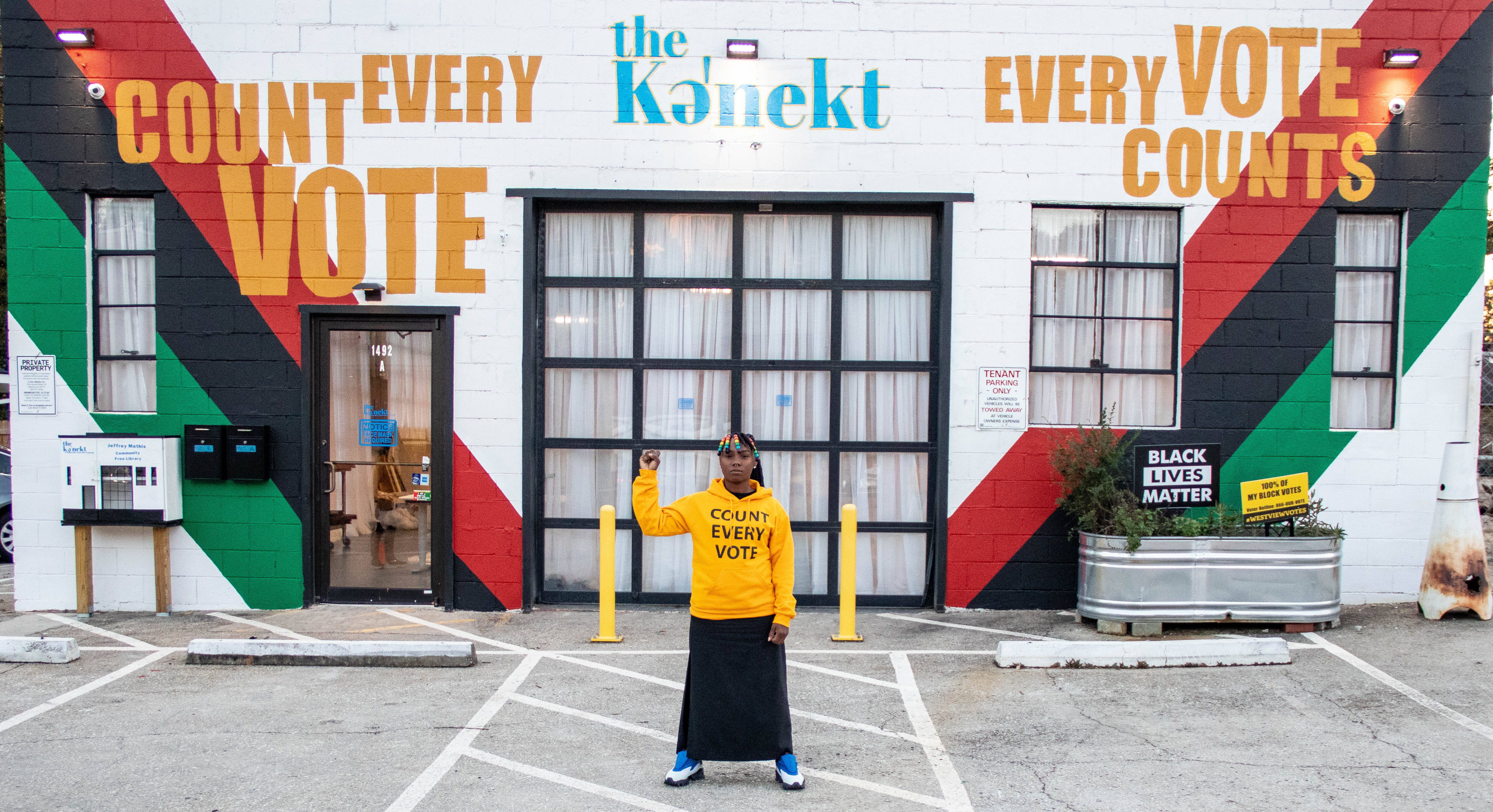 SmokeSygnals (SS), meanwhile, is a Native-owned family business in Mashpee, Massachusetts that helps museums and nonprofits correct the ways they visualize and narrate the history of Indigenous people in the US. They conceptualize, research, and produce multimedia art like "Our" Story, a traveling exhibit seen by over three million people that tells the painful and often-ignored history of the Wampanoag tribe. SS works with groups abroad and across the country, but they emphasize that the context and nuance of Native history is local and should be told in the voice of the indigenous people. “Our” Story was so effective in part because it had support from the Wampanoag Advisory Committee, with representation from both the Aquinnah Wampanoag and Mashpee Wampanoag tribes. 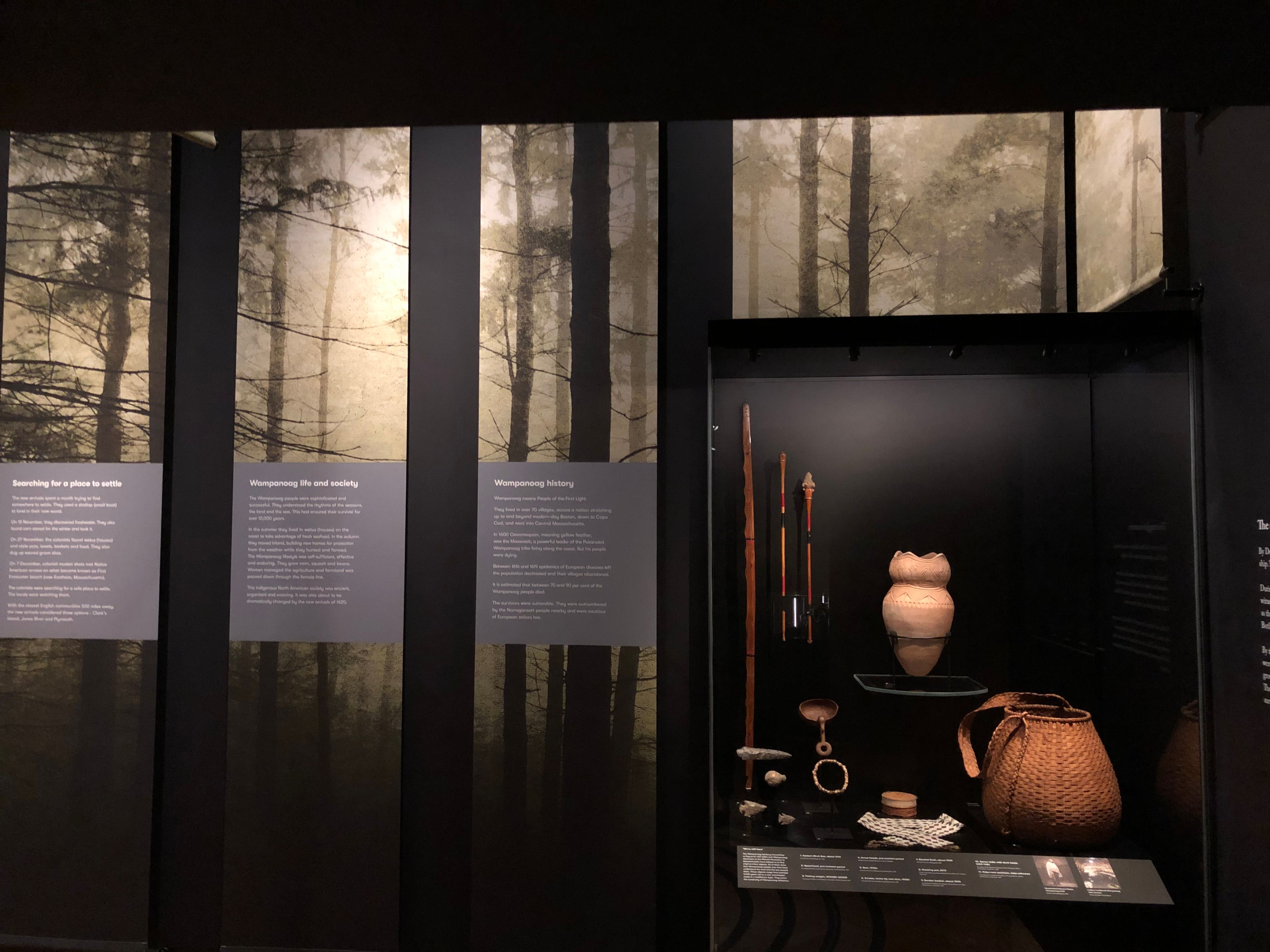 We’re proud to have supported TILA Studios and SmokeSygnals as part of our most recent cohort, especially in a year when Black and Indigenous art and voters had huge impacts in key states. We can’t wait to see what TILA, SmokeSygnals, and similar projects will accomplish in years to come. And it would be ignorant for us to ignore the economic, social and emotional impact that art has on marginalized and underserved communities; Art has been used as an accessible tool for communication, raising awareness about social issues and affecting positive change. This is why SmokeSygnals garnered three million views and the historic senate race in Georgia tapped black women artists to create murals across that state. Art has the power to communicate what words cannot. Social movements can generate huge momentum when accompanied by powerful images and artwork.

For companies and organizations creating place-based art to reach their full potential as social catalysts, however, they’ll need funding from more than just NMV. For that to happen, we in the funding community will need to set aside some of our preconceived notions. We can’t expect culture change strategies to have the same kinds of short-term impact metrics as GOTV campaigns. We can’t expect homogenous teams to know what art will resonate with diverse communities. We can’t expect established institutions to drive the change we need – not when only 4% of art across museums and galleries in the country is by black women artists. But when we invest in artists and culture makers with deep roots in a place and strong connections to their communities and histories, we can expect their projects to drive transformative change. We hope you’ll join us as we continue to explore this strategy for impact.